Fund Background The Production Services Association (PSA) Founded in 1996, the PSA is the trade association for individuals and businesses providing technical production services to live events. A member funded, member focussed, organisation, the PSA membership consists of around 2000 self employed technicians and 300 memberships in technical supply businesses. Stagehand Stagehand is the working name of the PSA Welfare and Benevolent Fund, a registered charity launched over 2 decades ago with the aim of raising and distributing funds for members, former members and their families who fall on hard times through illness or injury. More recently, the trustees launched a ring-fenced fund to subsidise Mental Health First Aid training for self employed members, as part of our mission to improve our sector’s approach to mental health. The Stagehand Covid-19 Crew Relief Fund The crisis in our sector caused by the Covid-19 pandemic has shifted the focus to those unable to work due to current restrictions. Although live production workers and businesses were amongst the first to be affected, the Stagehand Trustees felt that a combination of encouraging our members to seek alternative employment where possible as well as applying to Government support schemes. We then assessed the success of this advice and impact before launching any extra funding drive. Following the impact assessment, it is now clear that many live production workers are reaching a critical point with expenses outstripping income. This applies across the board, from those people that earn a living building and operating shows at grassroots level, those working with the largest stadium artists, those building business events, those that work at festivals...every sector of live events. With the end of furlough payments for single director Ltd companies and the closing of the Self Employment Income Support Scheme (SEISS), our self employed crew have, effectively had their redundancy notice and final pay cheque. The end of the Coronavirus Job Retention Scheme (CJRS) has led to mass redundancies from supply businesses. The PSA's own impact assessment, carried out in June, shows that the main source of income for our self employed workers has been Government grants, whether furlough for single director Ltd companies or SEISS for sole traders, thus illustrating the need to prepare for the gap in support measures and the return to full activity in the live events sector: The fund will open to all to apply for support, not just members of the PSA. 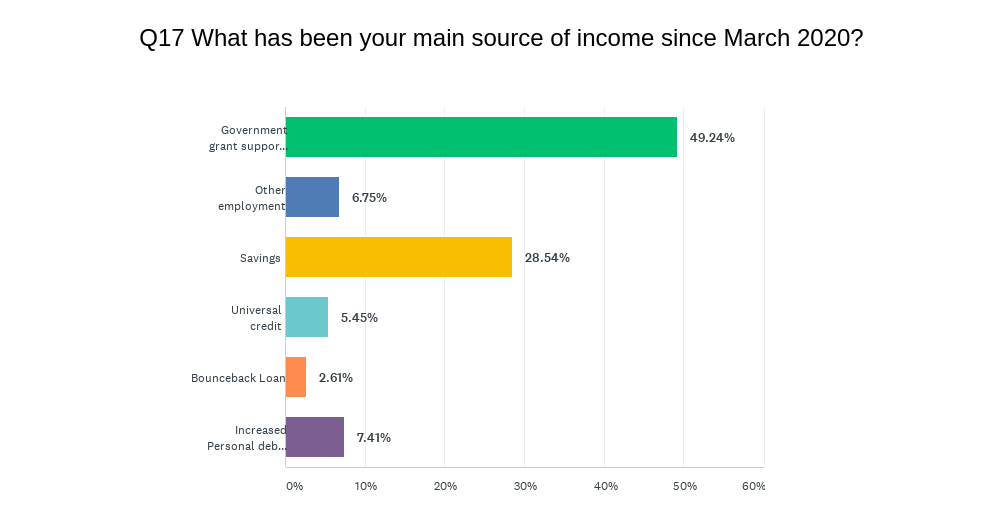 The PSA's impact assessment also found that almost 20% of self employed workers had received no support, including Universal Credit: